Why Are We Doin This Podcast?! 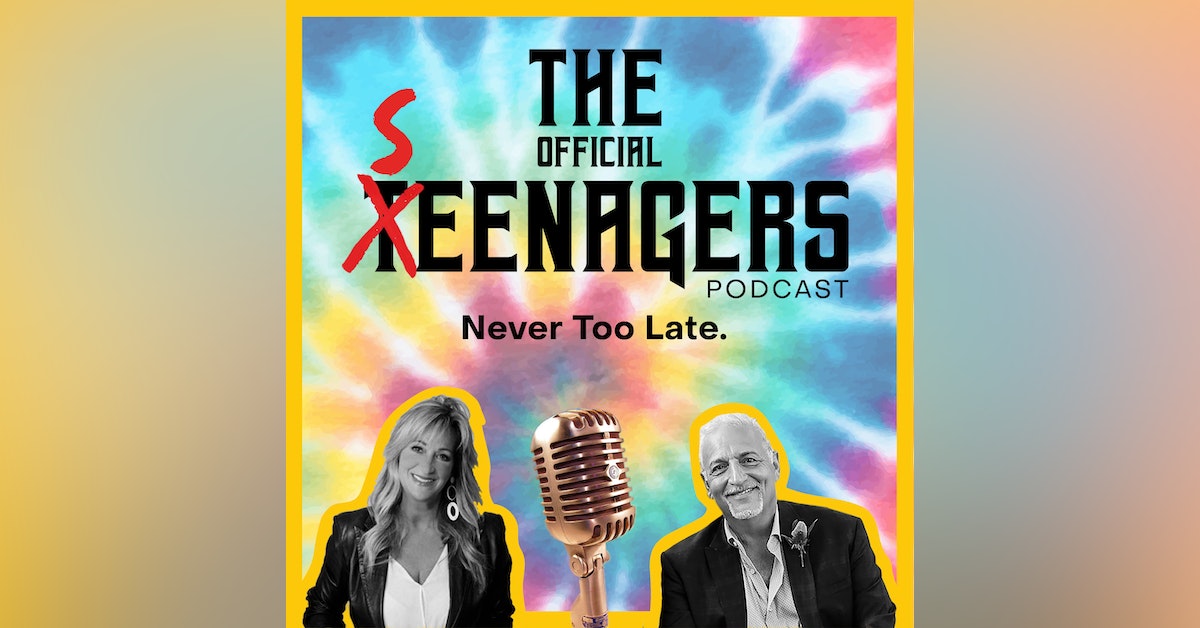 The Offiicial Seenagers, Never too late!

We ARE the Official Seenagers and it's never too late to do the things you want to do.

You see, we all still have that teenager spirit in all of us, and Charlie Ponger and Debbie Nigro are going to bring it out of you too! So if you are over 50 come on jump on, and if your not, well, listen anyway..

And if you are a teenager, look out cause it's comin. Oh, and send this to your parents, give em something to smile about. Maybe you won't have to make your bed anymore.

Why Are We Doing This Podcast?!

Debbie!, Debbie Nigro, Charlie Ponger. We are the official teenagers Seenagers, Never too late, and we thought we'd take a second to tell you ever too late is our slogan, right that we take a second to tell you why we decided to do this show, right? We just thought there was a need to share some more humor in the world. And to talk to the life stage, we're in a way that we do when we're not on microphones and not doing podcasts in real life, which is we're trying to make sense of this insane challenge of getting older without having it affect who we are, and why we call it the teenagers because we are senior teenagers and not teenagers anymore. I mean, what's so different? Right? We're still making dumb mistakes

as teenagers and now seenagers correct me

We still have plenty on our bucket list. Yeah, life dreams to accomplish just like a teenager. Now we're seeing age. But back then other people made the rules now we make them and break them and we don't care. Right back then you cared when people thought about you now we don't care so much. Yeah, mostly, that it's so relatable. Yes. And the world is in so much need of laughter and humor and we make fun of ourselves. We're self deprecating comedy, right. And we don't make fun of other people, observational comedy, very observational, and we just thought maybe situational. Keep telling you. There are lots like us Now many people who are over the age of 50 years old, who are so dynamic and vibrant and happening, doing new things, trying new things, giant wissen. You know, there's still family going on and remaining loose going on. And you know, trying so hard, except for those few things that happened like the plantar fasciitis

that you didn't see coming. Or the knee replacement.

Yeah. What is that again? Because you can't hear Yeah, and past me that. I can't see.

Well, why did I go into this room? You know, yeah, it's all of that guys. And more than

we tell personal stories we do people we welcome our senior senior correspondents from around the country to join us and we're having fun,

and we're gonna have some bits in little sections. And what else Deb?

there you go. Okay. Right. And weird news.

Yeah. What's weird news for this time of law? Yeah, yeah. Yeah, yeah. Yeah. Tips and Tricks. Anyway, we're getting some nice feedback. We're giving you guys a few chuckles I hope so. Hope you can see yourselves a little bit in us because we're just putting it out there. Yeah. We're getting nice feedback. So keep it coming. I appreciate it very much the official teenagers.com

Yeah. And on our site, short form blogs because he's got the time right, written by us and you so keep those coming in. And we're on all the pod players Remember, it's never too late. So come on, let's get going. Okay, see you later. Bye.